These few rusted sheets of corrugated iron are all that remains of the former army camp at Prees, near Whitchurch. Originally a WW1 training camp, an airfield was also built nearby at the beginning of WW2, and it later became a Prisoner of War camp. After the war it served as housing for Polish refugees and army families before being closed and abandoned in the 1950s. 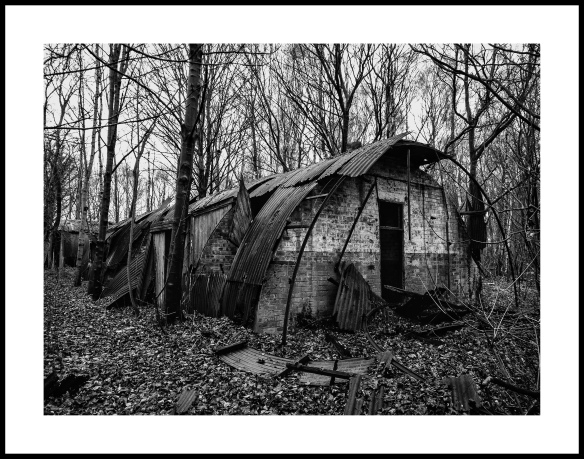